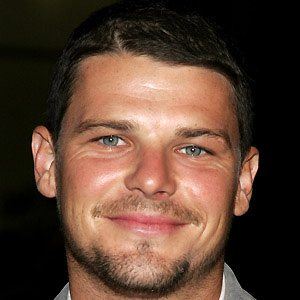 Actor who starred as backpacker Ben Mitchell in the 2005 indie horror film Wolf Creek. He also starred in the 2006 cult horror film Snakes on a Plane.

He made his debut on a 1999 episode of the Australian soap opera Neighbours.

He was nominated for Best Actor by the Film Critics Circle of Australia in 2001 for his performance as Gary Black in the 2002 film Australian Rules.

He was born in Sunbury, Victoria.

He appeared as Sean Jones in the 2006 cult-classic horror film Snakes on a Plane, which starred Samuel L. Jackson.

Nathan Phillips Is A Member Of