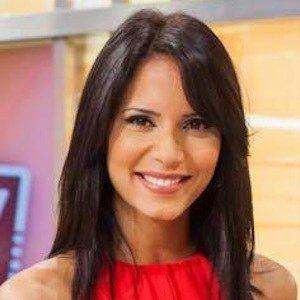 Television show host and personality who is predominantly recognized for her work on the TVI programs GuestList and Ora Acerta. She also hosted MVMtv's VIP in 2012.

In 2009, she acted as the TW Steel luxury watch brand's global ambassador.

She was cast on the soap opera series Destinos Cruzados in 2012.

She is originally from Paris, France.

She was cast on Destinos Cruzados which starred Rita Pereira.

Olívia Ortiz Is A Member Of