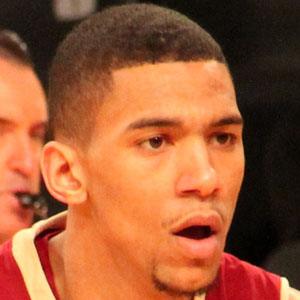 Point guard who was named 2013 ACC Rookie of the Year and was a First-team All-ACC selection in 2015 as a member of the Boston College Eagles. He was taken 42nd overall in the 2015 NBA Draft by the Utah Jazz.

He played for the under-17 Canadian national team at the 2010 FIBA World Championships, where he led the team in scoring. He was named to the All-NEPSAC AAA team as a senior at New Hampton High School.

He set a record for a freshman during the ACC Tournament by scoring 41 points against Georgia Tech in 2013.

He has sisters named Tatiana and Chloe Hanlan.

He joined fellow point guard Trey Burke on the Jazz in 2015.

Olivier Hanlan Is A Member Of