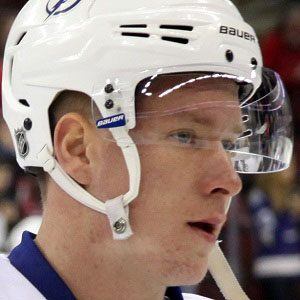 He played junior hockey with the Drummondville Voltigeurs of the Quebec Major Junior Hockey League from 2009 to 2011.

He was born in Frýdek-Místek, Czechoslovakia.

He joined a line with Tyler Johnson and that became known as the "triplets" line.

Ondrej Palat Is A Member Of