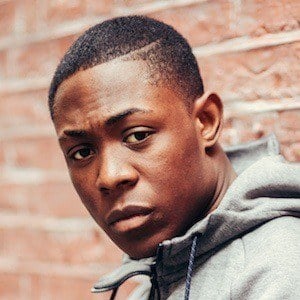 English rapper who has made waves as an unsigned artist with tracks like "Rolling," "Pattern," and "Hold Tight." He has also produced songs by such artists as Tion Wayne, Olami Still, and J2O.

He got his start as a grime artist before moving towards a more traditional hip-hop sound.

He directed the music video for his song titled "Beneath" with Gene Carmello.

He was born in England and grew up in Hertforshire. His real name is Abdul-Azeez Dabiri.

He was featured on the Hardy Caprio song "Unsigned."

One Acen Is A Member Of