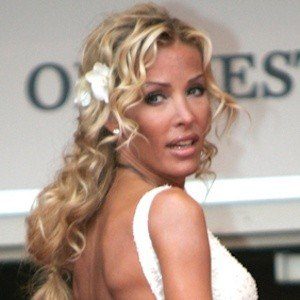 Comedy actress, presenter, and singer recognized for her role in 2001: A Space Travesty and as a cohost of La nuit des stars à Monte Carlo. Some of her other popular film roles include Folle d'elle and Pretty Things.

At only ten years old, she recorded her first single, "La Chanson des Klaxons." Then, at seventeen, she would be discovered by a modeling agent.

In 2014, she competed on the fifth season of Danse avec les Stars.

Her father, David Alexander Winter, was a renowned Dutch pop singer and her mother, Catherine Fefeu, was a fashion model. Her brother, Michale, is a singer and television presenter.

She has released several albums, including No Soucy ! which featured the single "Keep It on the Red Light" with Coolio.

Ophelie Winter Is A Member Of