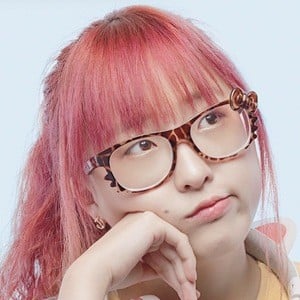 American YouTube Star who is well known for her music-oriented videos and remix videos. She often combines her own original music with Japanese animation.

She has earned over 350 million views across her YouTube Channel. She has a dog named Ramen. Her instrumentals and live-music performances are among her most popular videos on YouTube. She is known to post selfies on her or3o_xd Instagram account, which has built an audience of over 30,000 fans.

She posted a photo alongside her mother to her Instagram in May 2017.

She posted a musical cover to her YouTube page of "Señorita" by Shawn Mendes.

OR3O Is A Member Of