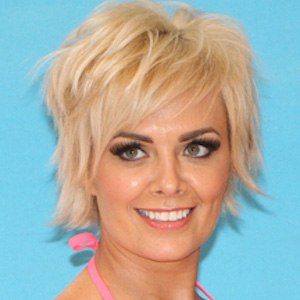 Northern Irish reality star and model who was a housemate on the sixth season of Big Brother which aired in 2005. After the show, she appeared in magazines like FHM, Nuts, and Zoo.

She was the runner-up in the 1999 Miss Northern Ireland competition.

She was voted Belfast's Woman Of The Year in 2005.

She gave birth to a daughter named Eva in February 2007 with her then-husband Gary McCausland. She broke up with McCausland only months later.

She was a contestant on Big Brother 6 with Anthony Hutton, the man who eventually won that season of the show.

Orlaith McAllister Is A Member Of