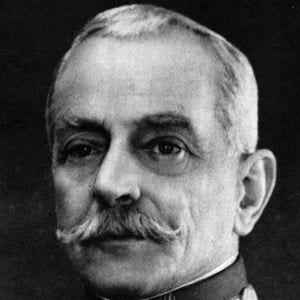 He was involved with the 28th May Revolution, which ended the First Republic.

He wrote the Calvary School rule book in 1913.

He was married to Maria do Carmo Ferreira da Silva in 1914, and they raised three children together.

His grand-nephew was the former mayor of Lisbon, where Manuel Pinho went to school.

Oscar Carmona Is A Member Of