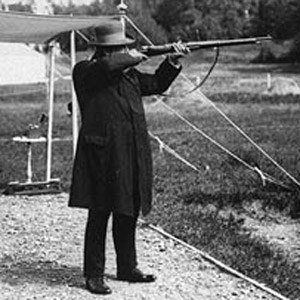 Swedish sports shooter and three-time Olympic gold medalist, winning in 1908 in London and in 1912 in Stockholm.

He was 60 years old when he entered the 1908 Olympics where he would win two golds and a bronze.

He won silver at the 1920 Olympics when he was 72 years old, becoming the oldest Olympian ever.

He competed in the 1912 Olympics where the legendary Jim Thorpe won the decathlon and pentathlon.

Oscar Swahn Is A Member Of