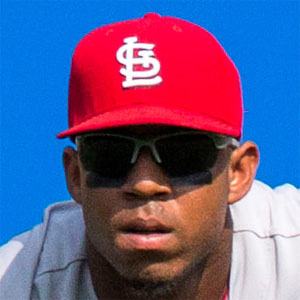 Outfielder who made his major league debut with the St. Louis Cardinals in 2014 after becoming one of the most highly-touted minor league prospects in baseball. He tragically died in a car accident in the Dominican Republic at the age of just 22.

He was born in the Dominican Republic and lived in Montreal, Canada from age twelve to age sixteen.

He received numerous awards during his time in the minors, being named the Texas League Player of the Year and the Minor League All-Star Game MVP in 2012.

His father was a minor league player for the Milwaukee Brewers.

He was teammates with All-Star catcher Yadier Molina in 2014.

Oscar Taveras Is A Member Of