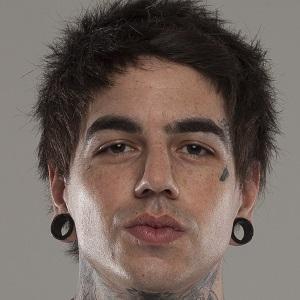 One-half of the DJ/producer duo Caked Up who performs alongside Vegas Banger. Together, they have brought in some of the highest streaming numbers in electronic music.

He spent time as a studio drummer/touring musician filling in for multiple artists across the world.

They have a huge following on SoundCloud, with more than 650,000 followers as of February 2015. Some of their tracks have been played million times. He lost his pet dog Bowie in 2021.

He is a Las Vegas native.

He and Vegas Banger did a remix to Iggy Azalea's "Fancy" as the duo Caked Up. He is in a relationship with Instagram model JAZ LUV.

Oscar Wylde Is A Member Of