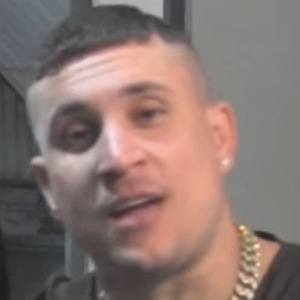 Singer who first rose to fame after he formed the group El Duo de Cristal in 2001. After a successful career throughout Cuba, he went on to join the Band of Paulo FG and Elite in 2006. By 2008, he'd embarked on his solo career and by 2012 was performing a national tour of the United States.

He began his professional singing career at nineteen years old after he won a number of awards at the National Festival of Cuba.

His single "Chupi Chupi" was the subject of controversy for it's risqué material and was banned from Cuban airwaves in March 2012.

He was born in Guanabacoa, Cuba. He has a sister and announced via Instagram that he was expecting a nephew in the fall of 2017. In early 2019, he confirmed he was in a relationship with model and singer Dayamí Padrón.

He collaborated with Pitbull, Sensato, and Dayamí Padrón on the mega hit song "El Taxi."

Osmani García Is A Member Of