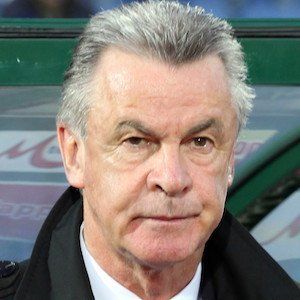 German soccer player and manager who has coached Bayern Munich and the Swiss National Team. He played for FC Lugano and VfB Stuttgart.

He competed in the 1972 Olympics in Munich as an amateur soccer player.

He has been elected World Coach of the Year on two separate occasions.

He is the youngest of five children.

He replaced Felix Magath as the coach of FC Bayern Munich in February 2007.

Ottmar Hitzfeld Is A Member Of