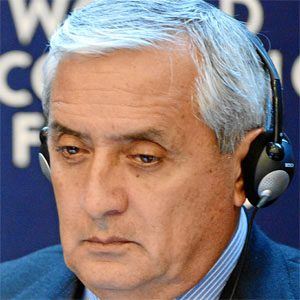 He served in the special forces of the Guatemalan Army during the thirty year Guatemalan Civil War.

There were numerous allegations of human rights violations during his stint in the military, including the deaths of guerrilla leader Efraín Bámaca Velásquez and Bishop Juan José Gerardi Conedera.

He married Rosa María Leal and they had two children. His family was attacked several times during the formation of his political party.

While serving in the Army, he was a supporter of the coup against Efraín Ríos Montt.

Otto Pérez Molina Is A Member Of