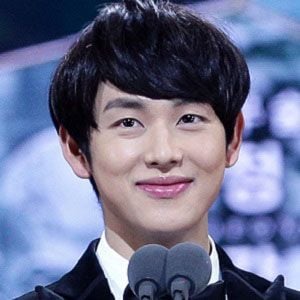 Famous for his membership in the popular South Korean boy band ZE:A, the K-pop singer known as Siwan also had a successful acting career, appearing in the 2014 television series Misaeng and in the 2013 movie The Attorney.

Before making his debut with ZE:A, he studied briefly at Pusan National University, Woosong Information College, and the University of East Broadcasting Arts.

He played the title role in a 2013 Seoul musical theater production of Joseph and the Amazing Technicolor Dreamcoat.

He and Kim Soo Hyun both acted in the 2012 MBC TV series Moon Embracing the Sun.

Yim Si-wan Is A Member Of