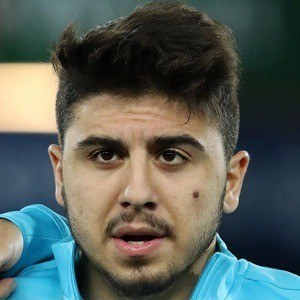 Midfielder who joined the Süper Lig club Fenerbahçe in 2015 and debuted for the Turkish national team in 2014.. He played his first national match for Turkey against Ireland in May 2014.

He played for the Turkey national under-19 team. They won the silver medal at the 2013 Mediterranean Games in Turkey.

He scored his first international goal against the Danish national team. It was a long range shot in the 90th minute of the game.

His parents are Dilek and Mehmet Tufan.

He became teammates with Robin van Persie on the Süper Lig club Fenerbahçe.

Ozan Tufan Is A Member Of