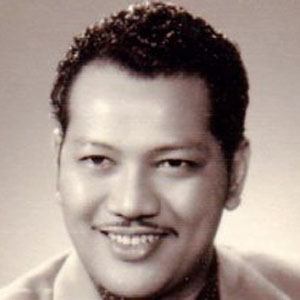 Iconic Malaysian actor, director, songwriter, and singer responsible for 66 films and nearly 400 songs. He received a Best Comedy Award at the 6th Asian Film Festival for his work in Pendekar Bujarng Lapok.

He was the child of a sailor, and he studied at the Japanese Navy Academy during the WWII-era Japanese occupation of his native Malaysia.

He spent years in Singapore, but returned to his native country before his death. His final song, "Air Mata di Kuala Lumpur" ("Tears in Kuala Lumpur"), documents his sadness about the state of his life in Malaysia.

He was divorced twice before marrying the renowned singer, Saloma (Salmah Ismail) in 1961.

He was a contemporary of Indian-born film actor, Rajkumar.

P Ramlee Is A Member Of