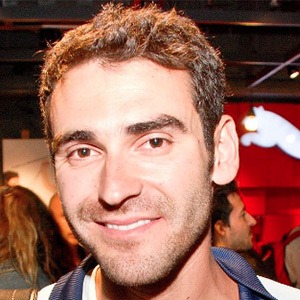 Chilean actor, writer, director, and dancer who is known for having founded his own production company La Nena. He is best recognized for having appeared in several feature films including Talca, Paris and London, and The Right Hand in 2013.

He started his career as an actor in 2004 when he made his television debut as Lucas Riquelme in the series Idols. His feature film debut came later in 2006 when he starred as Max Kalba in the film Kiltro.

He is also a martial artist known for his practice of Hankido and went on to become a World Champion of Hankido in 2000.

He was born and raised in San Antonio, Chile.

He starred alongside Álvaro Gómez and Blanca Lewin in the 2018 television series Pacto de Sangre.

Pablo Adaro Cerda Is A Member Of