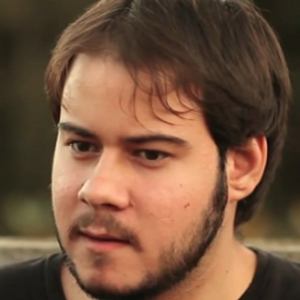 Spanish rapper, poet, and activist who is known for rapping and writing about communist ideas through his popular songs "Libertad De Expresión" and "Volveré a Caer." He is also known for having written several books of poetry including Más allá del polvo and Dos canallas a sueldo de La Habana.

He first gained attention in the underground Spanish rap scene in 2005 when he dropped his first single "This is Not Paradise". He followed up the release in 2007 with Miedo y Asco en Ilerda - Reeditado con el título Ilerda rima con mierda. The following year, he collaborated with fellow rapper Ciniko when he joined the group Prozaks.

In 2014, he was found guilty and sentenced to two years in prison for uplifting terrorism due only to the lyrics of his music.

He was born and raised in Lleida, Spain and his father was Ignacio Rivadulla, former president of Unio Esportiva Lleida.

In 2010, he wrote an album that was inspired by and titled after American criminal Aileen Wuornos called "Inéditas por culpa de Aileen Wuornos".

Pablo Hasél Is A Member Of