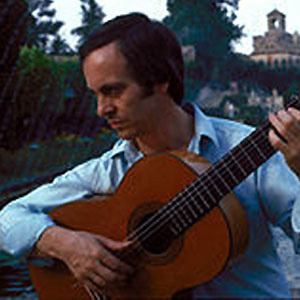 Flamenco guitarist who gained international attention for his Spanish folk music. He released his first album in 1966 and founded the Córdoba Guitar Festival.

He played guitar with his brother as a child.

He performed at many famous venues, including Royal Albert Hall in London and Carnegie Hall in New York City.

In 1967 he played a concert with iconic guitarist Jimi Hendrix.

Paco Peña Is A Member Of