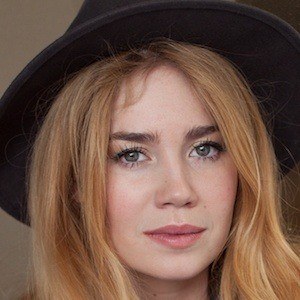 She studied at Humboldt University of Berlin before starting her entertainment career in 2009.

She's also worked as a model for Otto GmbH and has more than 2.4 million followers on Instagram.

She was born in what was then-Leningrad, but has spent most of her career in Germany.

She and Jana Pallaske both had roles in the 2009 film Mannerherzen.

Palina Rojinski Is A Member Of