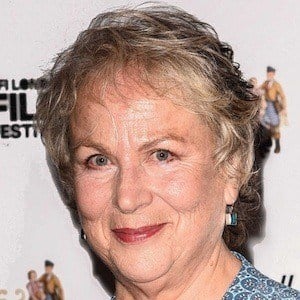 Welsh actress who left an impression on audiences as the fearsome Ms. Trunchbull in the 1996 film Matilda. She also made an appearance as Aunt Marge in Harry Potter and the Prisoner of Azkaban.

She began her acting career in New Zealand stage productions.

She had recurring roles on the English shows Call the Midwife and Luther.

She has a sister named Barbara and she married Roger Frost in 1986.

She acted alongside Daniel Radcliffe in the 2004 film Harry Potter and the Prisoner of Azkaban.