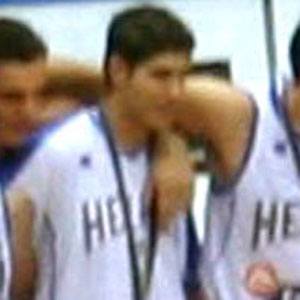 His success with Olympiacos led to a four-year contract extension and a net income of six million euros.

He won the 2005 Serbia & Montenegro gold medal with the Greek national team at the FIBA EuroBasket.

He was born in Maroussi, Athens.

He and Georgios Printezis became teammates on the Greek national team.

Panagiotis Vasilopoulos Is A Member Of