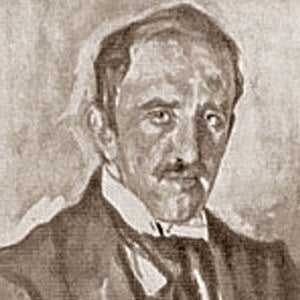 Russian artist and sculptor who G.B. Shaw described as 'the most astonishing sculptor of modern times'. He sculpted a monument to Alexander III of Russia.

He worked in Russia, America, England and Italy and was a self-taught artist.

He was known for his vegetarianism and was against the killing of animals.

He was married twice, but had no children.

He made a sculpture of Russian writer Leo Tolstoy.

Paolo Troubetzkoy Is A Member Of