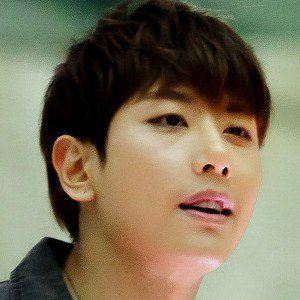 South Korean singer who is best known for songs like "Wild Flower" and "Happy Together," both of which hit number one on the Korean singles charts. He has been a frequent nominee at the Mnet Asian Music Awards, earning nominations for Best Male Artist, Best Ballad Performance and more.

He grew up singing traditional Korean trot music. He began being played on the radio in November 1999.

He starred as the title character in the hit stage musical Mozart! in 2014.

His family owned a restaurant while he was growing up.

He contributed the song "It's You" to the soundtrack of the show Marry Him If You Dare, starring Yoon Eun-hye.

Park Hyo-shin Is A Member Of