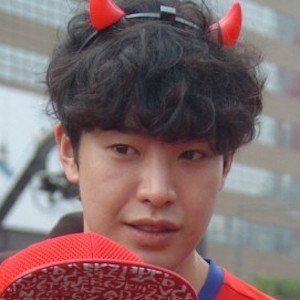 South Korean actor who made his debut in the 2011 series Flower Boy Ramen Shop. He has since gone on to star in a number of television series and become a regular cast member on the variety show Roommate.

His first acting credit was a small role in the 2011 series My Princess.

He has appeared in several music videos including Kim Yoon-ah's "Going Home" and K.Will's "Day 1."

He was born and raised in Daejeon, South Korea. In 2016, he was assigned a public service position in the South Korean army.

He stars alongside Oh Yeon-seo and Lee Min-jung in the South Korean series Please Come Back, Mister.

Park Min-Woo Is A Member Of