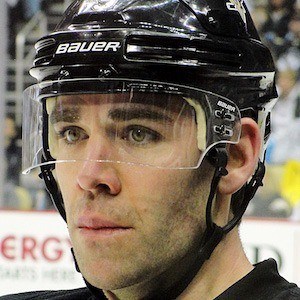 Former National Hockey League winger known for his time with the Pittsburgh Penguins, with whom he won a Stanley Cup in 2009. He was forced to retire in 2015 after complications from blood clots.

Undrafted after completing his junior career, he played a season with the Cleveland Gladiators of the International Hockey League before catching on with the NHL's Minnesota Wild.

He has four daughters with his wife Carol-Lyne. His father was also a professional hockey player.

He had success playing with Sidney Crosby as a member of the Penguins.

Pascal Dupuis Is A Member Of