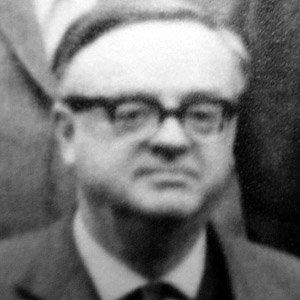 Theoretical and mathematical physicist who did research on quantum physics. He had a great deal to do with the development of matrix mechanics.

He was an assistant to both Richard Courant and Max Born.

He was once in the Nazi party, which isolated him within a German physics community which had many of it's members fleeing Germany to escape Nazi persecution.

He has an ancestor, Pascual Jorda, who was a Spanish cavalry officer and settled in Hanover.

Like Albert Einstein, he is known for his work with quantum physics.

Pascual Jordan Is A Member Of