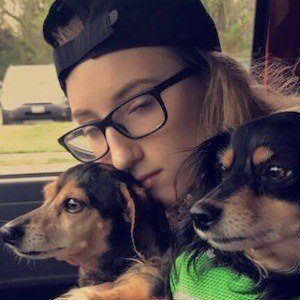 Sims 4 gamer whose self-titled YouTube channel has earned her more than 180,000 subscribers. She is known for mod overviews, challenges, machinimas, and more.

She lived with her grandparents until she was 10. Before posting her first YouTube video in 2016, she created her channel in April 2014.

One of her most popular YouTube videos is "THE SIMS 4 | POOR TO RICH (BIRTH TO DEATH)," which was posted in April 2017.

Her real name is Tabitha and she grew up with a brother. Her parents split up when she was 3; she later would live with her mother and step-father. Her real father is a musician.

Both she and DeeSims are YouTube gamers known for posting Sims 4 videos.

Pastel Sims Is A Member Of