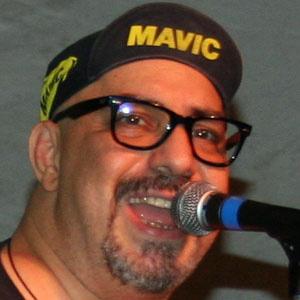 Singer-songwriter and founding member of the rock group The Smithereens, the group that released singles like "Too Much Passion."

He formed The Smithereens with his New Jersey friends Jim Babjak, who plays guitar, the bassist Mike Mesaros, and Dennis Diken on drums.

In addition to his work with The Smithereens, he released several solo albums, including a 2006 collections of cover songs for piano.

He was born in Carteret, New Jersey.

He was the subject of an ESPN2 documentary because he tried to be on an MLB team; the documentary included guest appearances from other great rockers, like Joan Jett and Bruce Springsteen.

Pat Dinizio Is A Member Of