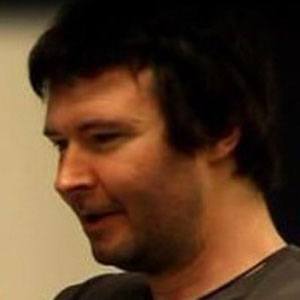 Award-winning English horror-comedy director and owner of the production company Jinx Media Ltd. He directed Bordello Death Tales in 2009, and wrote the screenplay for Strippers vs Werewolves in 2011.

He was a stand-up comedian when he was younger and organized the crew for his first film, Trash House, through online advertisements. Trash House filmed in 2004 and was released on DVD in 2006.

He won two awards at the Festival of Fantastic Films in the UK; he won a commendation for Hellbride in 2007 and Best Independent Feature in 2008 for The Devil's Music.

He married Philippa Higgins in 2001.

He wrote the campy 2011 film Strippers Vs. Werewolves, which featured actress Sarah Douglas.

Pat Higgins Is A Member Of