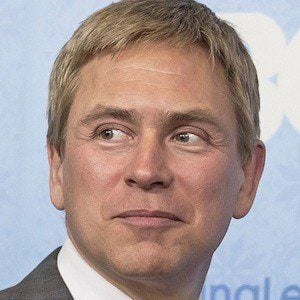 A morning news anchor for local New York City station, NY1, and for presenting Crowd Rules and The World Series of Pop Culture.

He went to the University of Alberta, where he majored in business and soon got his start in broadcasting at radio station CKRA-FM.

He made stints as a reporter, and played himself in the films Iron Man 3, True North, and Night at the Museum. He was also cast in the 2016 reboot Ghostbusters.

He married Dawn Lerohl in 1994 and they have two daughters named Maeve and Lucy.

He appeared in Iron Man 3 with Robert Downey Jr.

Pat Kiernan Is A Member Of