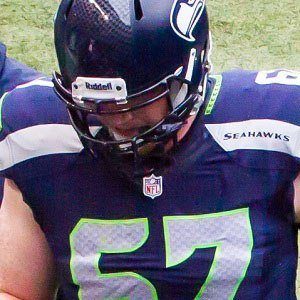 Offensive lineman who played college football at Weber State and debuted in the NFL for the Dallas Cowboys in 2006.

He played football at Lebanon High School in Oregon.

He was selected in the seventh round of the 2006 NFL Draft by the Cowboys.

His twin brother Paul McQuistan also played offensive line at Weber State and in the NFL.

He debuted for a 2006 Cowboys team that was led by quarterback Tony Romo.

Pat McQuistan Is A Member Of