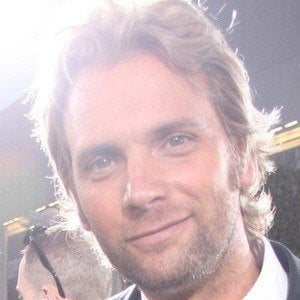 He made his television debut in 1994 in Argentina prior to starring Mexico.

When he was 14-years-old, he formed a rock band called Sur.

He was married to Grettell Valdez from 2004 to 2010 and has a child named Santino.

Patricio Borghetti Is A Member Of