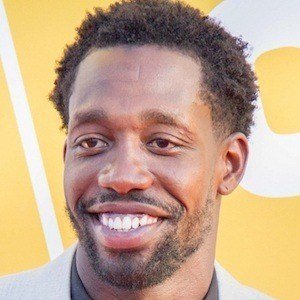 NBA point guard who broke into the league in 2013 with the Houston Rockets.

He played 2 years of college basketball at Arkansas.

He was selected with the 42nd overall pick in the 2009 draft by the Los Angeles Lakers, but played the next three years in Ukraine, Greece, and Russia before coming over to the NBA.

He was raised by his single mother, Lisa Beverley. He has two children, Everett and Adlaia.

In 2013 he began playing on the Houston Rockets alongside guard/forward James Harden.

Patrick Beverley Is A Member Of