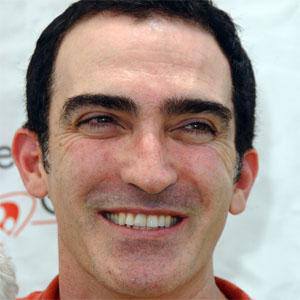 Prolific film and television actor who appeared in more than 60 titles, including as Joey Bishop in the early seasons of the series, Mad Men.

He was performing with the Los Angeles theater group, Neurotic Young Urbanites, when he was offered his first screen role, in the 1994 film, Speed.

Among his other notable credits was his role as Kenny No-Gun on the police drama, Southland, and as gangster Mickey Cohen in the video game, L.A. Noire.

His father ran a restaurant in Malibu, California along the Pacific Coast Highway, which he named Patrick's in his honor. He and his wife Lauren Bowles have a daughter named Fia Lucille.

He also had a small part as one of the Dharma Initiative workers in J.J. Abrams's hit series, Lost.

Old School
One for the Money
The Black Dahlia
More