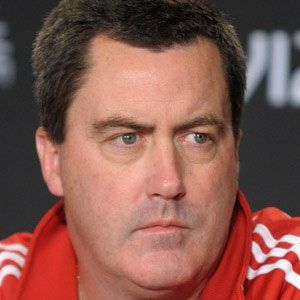 Former University of Wisconsin quarterback who went on to a successful coaching career with several organizations.

He was offensive coordinator at his alma mater, Wisconsin, from 2005 until 2011.

He was hired by the University of Pittsburgh as head football coach in 2011.

He fathered three children with his wife, Robin.

He began coaching Pitt after former Pro Bowl running back LeSean Mccoy left the college for the NFL.

Paul Chryst Is A Member Of