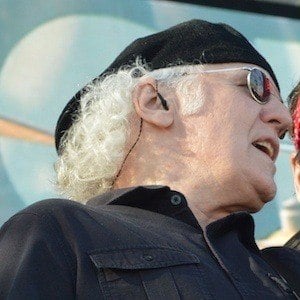 Lead guitarist for the Canadian rock band Loverboy who won a Juno Award for Composer of the Year in 1982.

He got his first guitar at age fourteen and taught himself how to play.

Before Loverboy, he played guitar for the band Scrubbaloe Caine, which released one unremarkable album and broke up.

His sister was a teacher and he was ready to follow her path until a fateful meeting his first week at the University of British Columbia.

Jenilee Harrison made an appearance in one of his band's music videos.

Paul Dean Is A Member Of