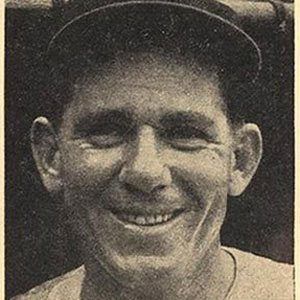 MLB pitcher from the 1930s and 1940s who became one of the top hurlers in Cincinnati Reds history.

He lettered in football, basketball and baseball in high school.

On May 24, 1935, he started the first night game in MLB history; his Cincinnati Reds defeated the Philadelphia Phillies 2-1.

He married three times and had one daughter, Lida.

He was on the mound for the Cincinnati Reds when President Franklin D. Roosevelt flipped the switch to create the first night game in baseball history.

Paul Derringer Is A Member Of