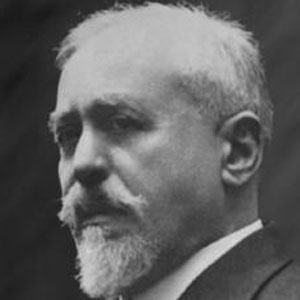 Best known for composing "The Sorcerer's Apprentice." His intense perfectionism often led him to destroy his works.

He attended the Conservatoire de Paris for music, studying with such notables as Georges Mathias, Ernest Guiraud, and Théodore Dubois. His classmate was Claude Debussy with whom he developed a deep friendship.

He began working on a symphonic poem inspired by Shakespeare's "The Tempest" shortly before his death.

His father was a banker and his mother was a pianist. He married Suzanne Pereyra in 1916.

His composition "The Sorcerer's Apprentice" was used in "Fantasia," Walt Disney's highly regarded film from 1940.

Paul Dukas Is A Member Of