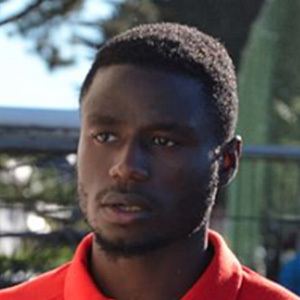 Professional soccer forward who began playing for Saint-Étienne on loan from VfL Wolfsburg in 2018. From 2010-15, he competed with various French national teams before switching his allegiance to the Cameroonian squad.

He started his youth soccer career with Union Sportive de Grigny in 2001.

He has a large fan base on Instagram where he posts on-the-field photos for over 110,000 followers.

He moved from Cameroon to France to live with his aunt when he was 8 years old.

Samuel Umtiti and Roger Milla are other well-respected soccer stars who were born in Cameroon.

Paul-Georges Ntep Is A Member Of