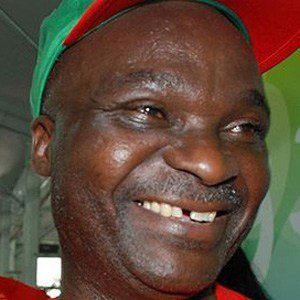 He joined the youth system of the Eclair club of Douala and made his debut on the first team in 1970.

He was Africa's Footballer of the Year in 1976, winning two Cameroon league titles and the League Cup with Tonnerre.

He grew up in the capitol of Cameroon, Yaounde.

His Cameroon team was defeated by Gary Linekar and the English national team in the 1990 World Cup quarterfinals.

Roger Milla Is A Member Of