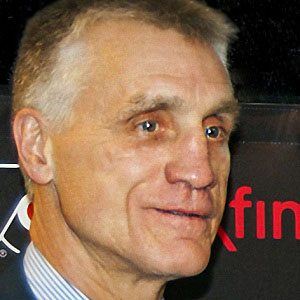 Former NHL player who spent 10 seasons as a member of the Philadelphia Flyers and Minnesota North Stars. He later became head coach, general manager and, eventually, President of the Flyers.

He was born in St. Paul and was selected by the Flyers as the 67th overall pick in the NHL Amateur Draft.

In 1980, he became the first player from the United States to score a hat trick in a Stanley Cup Final game.

He married a woman named Doreen.

He held the record for most penalty minutes by a Flyer with 1,600 until Rick Tocchet broke the record in 1991-92.

Paul Holmgren Is A Member Of