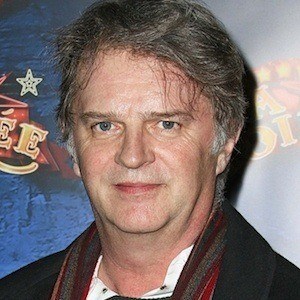 British comedian, actor, and improv performer who is known for his regular appearances as a team captain on the BBC panel game Have I Got News for You. He hosted season 4 through 11 of the BBC comedy series Room 101.

He attended Wimbledon College and worked at the Tooting office afterwards.

He became fascinated with the idea of entering the world of comedy after watching clowns in circus shows at a young age.

He married actress in 1990, but divorced her after seven years. In 2003 he married Sarah Parkinson, who passed away from breast cancer. He married to improviser Suki Webster in 2009.

He was listed alongside Oscar Wilde as one of the ten greatest wits of all time in a public poll in "The Guardian."

Paul Merton Is A Member Of