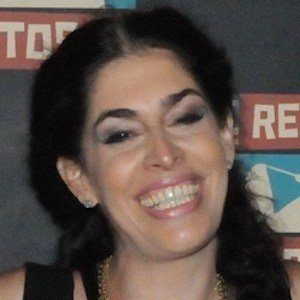 Film producer and former actress who is best known for her work on the 2009 films Kings and Mice and The Beloved One. In 2005, she was credited as executive producer on the film 2 Sons of Francisco - The Story of Zezé di Camargo & Luciano.

She made her film industry debut as an actress in 1986's The Talking Cinema.

In 1992, she landed a job as an associate with Natasha Records.

She was married to music composer Caetano Veloso with whom she had two children.

Both she and fellow filmmaker Jose Padilha were born in Brazil.

Paula Lavigne Is A Member Of