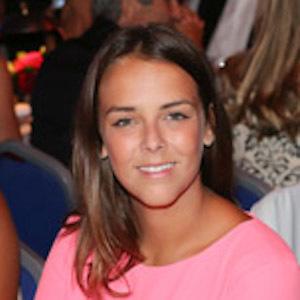 Most well known as the daughter of Princess Stephanie of Monaco and her husband Daniel Ducruet. She is also a fashion designer and is one of the minds behind the clothing line Altered Designs.

She worked for three years as a stylist apprentice at Instituto Marangoni. She then went on to earn a degree in Fashion Design from Parsons The New School for Design. While there, she interned with Louis Vuitton and Vogue.

She was a competitive diver and represented Monaco at the 2010 Summer Youth Olympics.

She has one brother, Louis, a half brother, Michael, and a half-sister, Camille Gottlieb.

She is the granddaughter of Prince Rainier III of Monaco.

Pauline Ducruet Is A Member Of