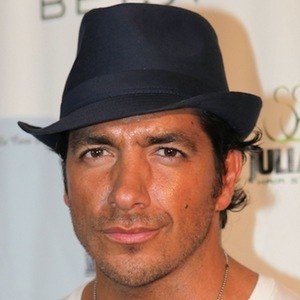 Actor and singer who is known for being a part of the pop groups Tierra Cero and Kairo. He is also known for his recurring roles in the El Justiciero film franchise.

He appeared as an announcer and presenter at the 2005 Billboard Latin Music Awards.

He was born in Ciudad Juarez, Mexico but was raised in El Paso, Texas.

He starred alongside Shalim Ortiz and Litzy in the 2011 series Una Maid en Manhattan.

Paulo Quevedo Is A Member Of