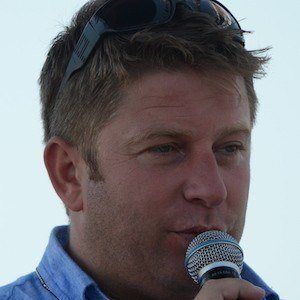 Romanian actor known for hosting Voice of Romania and Romania's Got Talent. His acting roles in the shows Little Angels, Aniela, and Mostenirea as well as the movie Ho Ho Ho.

He attended Babeș-Bolyai University, where he studied acting.

He speaks Romanian and Hungarian and has acted on stage in both languages.

He married Anca Bartos in 2003 and has three children.

He appeared alongside Stefan Banica in Ho Ho Ho.

Pavel Bartos Is A Member Of