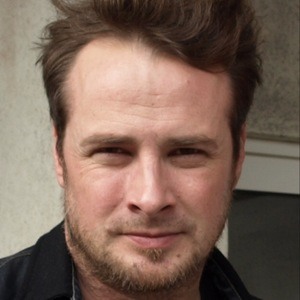 Polish actor who is known for appearing in several television shows and feature films. He is also known for his voice dubbing work including the polish dubbing of Guardians of the Galaxy as Peter Quill.

He made his acting debut in 2001 in the feature film Wiedzmin. He gained further attention with a guest spot as Lukasz Sadowski in the series Na Dobre I Na Zle. His first major recurring role was as Marcin Polanski in M jak Milosc.

He appeared as a guest star on the series Twoja Twarz Brzmi Znajomo in 2017.

He had a son named Jeremiasz in April of 2004 with his wife Joanna Chitruszko.

He starred alongside Katarzyna Bujakiewicz in the 2012 television drama series Lekarze.

Pawel Malaszynski Is A Member Of